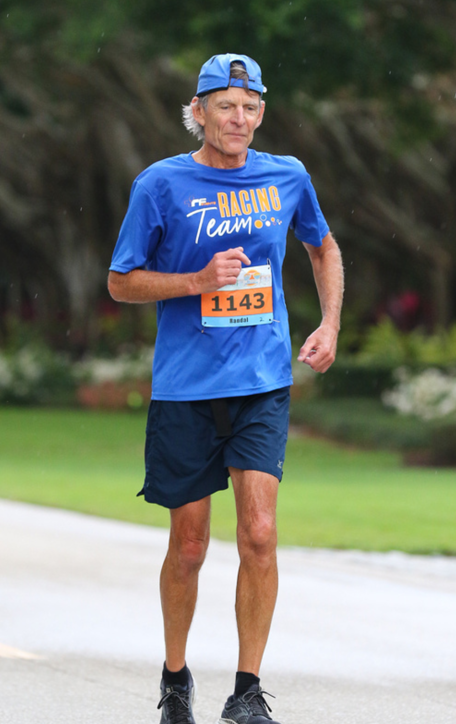 To run or not to run, when fighting some kind of cold or sickness, that seems to be the question. My very unscientific thought on this is that if the sickness leaves you feeling as wiped out as if you'd just finished a long run, no matter what the schedule calls for, it's better to give the body a rest. That said, might there be be some value in a short run that has you get your heart rate up a bit, enough to break a sweat but not enough to add to your fatigue? Perhaps getting the metabolism going enough to help move the cold along? That is the route I follow but again, it’s not based in science, just my gut feeling. Then again, if you feel like you’re in a hole, I would think digging the hole deeper will make it harder to crawl out.

Run as smart as you can,

Randy Step, an admitted obsessed runner who obsesses over this kind of dilemma.

As I’ve mentioned, I write this midweek run mail mostly to myself, addressing the current concerns of my running, hopefully striking a chord with you. So lately, I find myself heading out on my runs with a feeling of guilt. My to do list is endless and with the economy in a bad state, going for a run while the world seems to be burning has me feeling that I’m stepping away from the fire rather than fighting it. I know, I know, skipping the run will cause another kind of guilt that will keep me from attacking the other problems with a clear focus. (Can you guess I went to a Catholic school?) So, the run is not running off and ignoring the fire, the run is more like going to get a hose to put out the fire. The run is my tool, it will bring me closer to the solution to the problem, not and escape. The run will clear my head and give me the focus and energy that I did not have before I headed out that door.

Got a problem, get your butt out the door, problem solved!

Randy Step, an admitted runner who needed that little talk.